Fot.
The technical advancement of Polish lands under the supervision of the partitioners was challenging in all three partitions. However, the situation of Poznań in the 19th century was particularly difficult. With Prussians treating Poznań as a fortress, they built mainly military facilities and fortifications. This significantly limited the development of the city in other than military aspects.

However, the residents and municipal authorities did not stop in their efforts to modernise it. In 1853, the City Council passed a resolution which stated that a gasworks would be built in Poznań to serve the city, the local companies and the residents. To this end, not having sufficient financial resources, the municipal authorities resorted to a subscription loan. It was decided to build the gasworks on one of the last available plots located within the boundaries of the fortifications, in the Warta River wetlands, at Grobla Street.
The choice of the location, apart from its closeness to the city centre, was also influenced by the fact that the raw material for the gasworks was to be delivered by water from England.

The city councillors began talks with an outstanding specialist in industrial architecture, an English engineer, John Moor, who had previously worked in Berlin. John Moor was chosen to prepare the plans and later supervise the construction of the Municipal Gasworks in Poznań.
According to preliminary estimates, the investment was to cost approximately 420,000 marks. As is often the case, the final cost was much higher. Primarily because of the use of the most innovative equipment and technologies available at that time, the construction of the gasworks cost over 720 thousand marks. 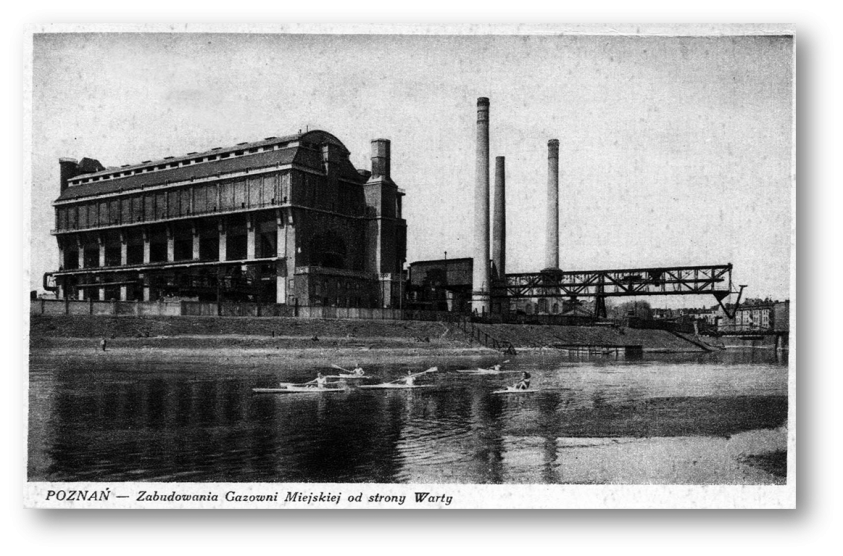 However, thanks to this project, the first large and exceptionally advanced industrial plant in Poznań was commissioned. It also became a model example of industrial architecture for many years.

On 14 November 1856, Poznań residents were given the opportunity to witness the most spectacular result of this investment. The evening darkness of Poznań streets was for the first time illuminated with over 400 gas street lamps.

Over the coming years, the Municipal Gasworks in Poznań was faced with both positive and negative events. Initially, the plant was developing very quickly; however, this was followed by a period of temporary stagnation caused by the introduction of kerosene lamps into domestic use and the need to compete with a new source of energy – electricity.
Every so often, the area of the gasworks became flooded. Despite all this, the plant was developing, expanding and acquiring new customers. In 1868, the construction and installation of a new gas holder at Grobla Street were personally supervised by Hipolit Cegielski, who understood the importance and significance of such an assignment, also in relation to his production enterprise.

Gradually, the gas ceased to be used only to illuminate streets, public buildings and houses. Soon, it took over other spheres of life, including the daily life of Poznań residents. Gas stoves became immediately popular among housewives, because they were cleaner and cooked dishes much faster. Gas irons were another novelty. However, the devices which completely changed the layout of the apartments were gas water heaters (later commonly referred to as junkers – after the German inventor and industrialist Hugo Junkers). 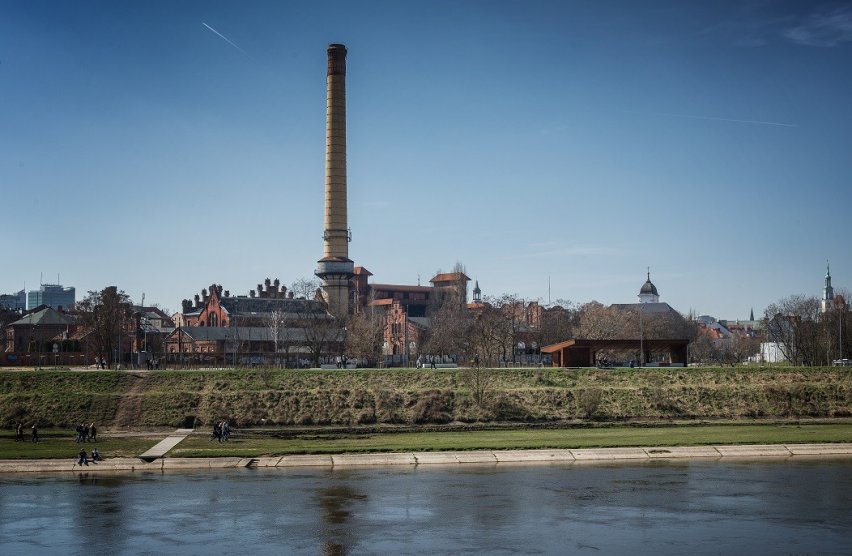 View of the gasworks buildings in Poznań

This change in the house layout resulted from the need to divide off new rooms – bathrooms – from the rest of the flat in order to ensure a safe space for the fumes generated during gas combustion.

Thus, more and more gas was produced, and the gas network in Poznań in 50 years was lengthened to 108 km from the initial 15 km. Once Poznań gained a railway line connecting it with Silesia, the coal needed for the production of gas was no longer imported from England and was instead delivered from Silesian mines using safer and cheaper trains.

The 1960s and 1970s were a turning point for the gasworks . This was due to the increased prevalence of natural gas, whose deposits were also discovered in Greater Poland Province.
As a result, the generation of town gas (also known as illuminating gas) produced at Poznań Gasworks was gradually reduced in favour of the natural gas supplied through the transmission pipeline which continued to be extended. In Poznań, this was done gradually. In the meantime, in 1966, a second gas plant was commissioned – a modern, automated Water Gas Plant in Gdyńska Street.

The production of gas at Grobla Street ended in 1973, with some of the structures dismantled – the furnace room and gas holders. In 1986, Poznań Gasworks ultimately parted with town gas. In this way, after 130 years, the gasworks in Poznań was no longer a gas production plant and instead became the centre of distribution and sale of natural gas, comprising about 50 gasworks in Greater Poland Province and the Lubuskie Land. 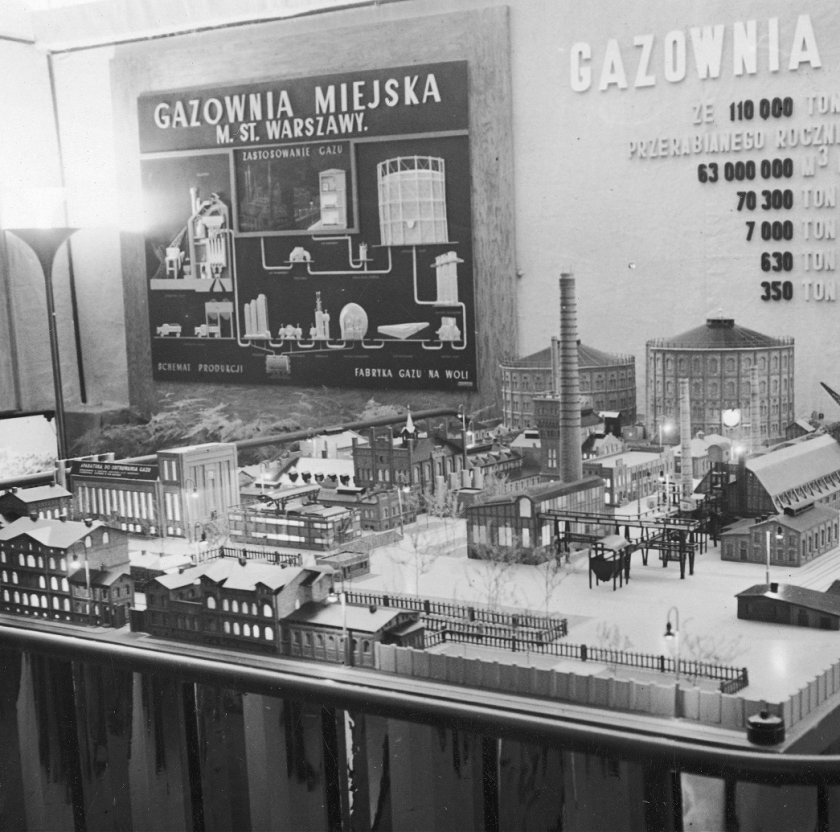 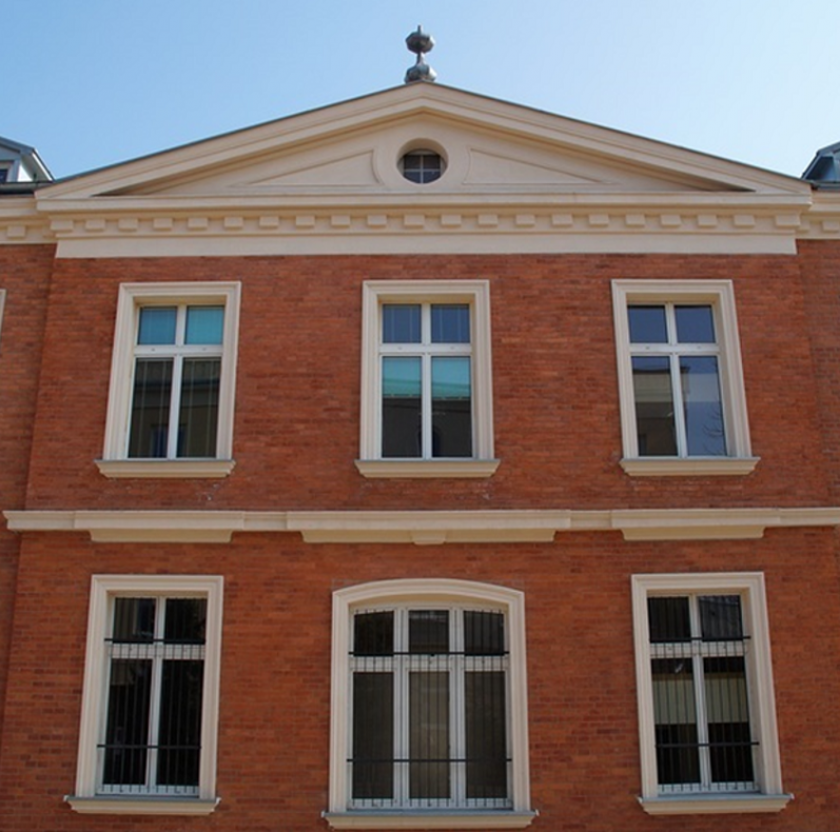