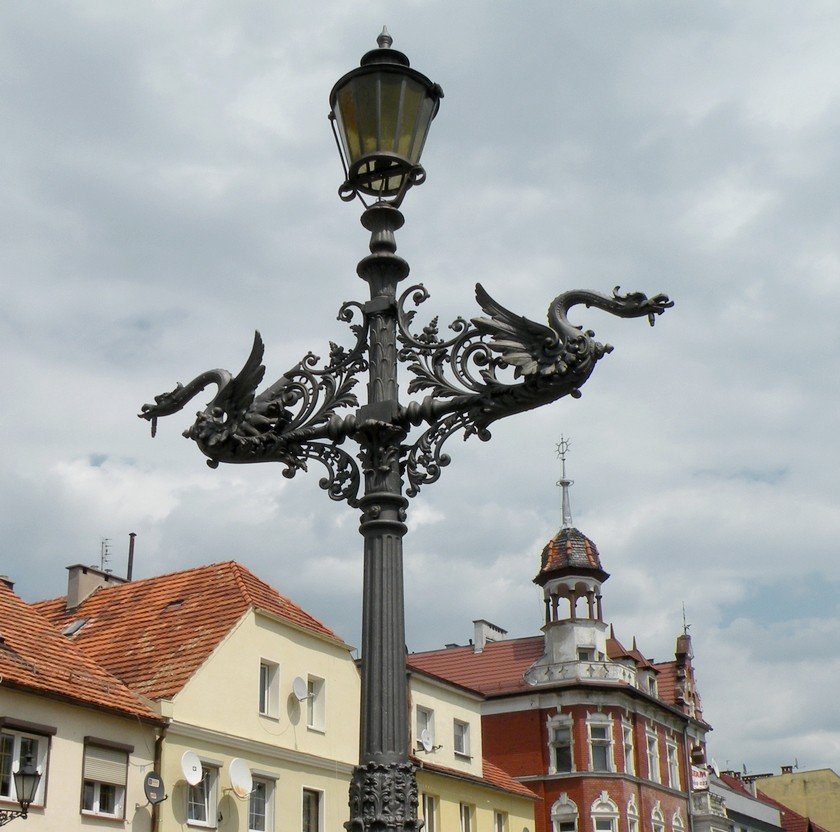 Fot.
The introduction of gas street lamps in European cities in the 19th century was a breakthrough development which significantly improved the quality of life of their residents. The “gas light” illuminated the city streets making them safer and easier to move around.

Apart from its utilitarian character, gas street lamps also had an important aesthetic dimension. They were often highly ornamental, decorating and illuminating the streets at the same time. Many European cities preserve their old gas street lamps as fascinating tourist attractions.

By crossing the Charles Bridge in Prague, which is illuminated with the charming glow of gas-powered lamps, we can reach the district of Hradčany. There, opposite the main gate to Prague Castle, a monumental street lamp is waiting for us, towering over the vast square. Its central cast-iron core has the form of a soaring column carrying an enormous candelabra made up of eight gas-powered lamps.
In the past, there used to be 16 such street lamps in Prague, today there are only three left. However, the capital of the Czech Republic appreciates the unique atmosphere created by gas lighting, considered to be very romantic. In the 2002–2013, gas lighting was restored along the entirety of the Royal Route (among others, in some of the Old Town streets, such as Michalská Street, Hradčany Square, and Charles Bridge).

Also in England – the cradle of the classic gas industry – many artistically interesting gas street lamps can still be seen today. As many as 1,490 of them are still operational and perform their original function. Their impressive designs can be admired in the historical heart of London – mainly in Westminster. These gas-powered street lamps stand guard to the most important and recognisable buildings of the United Kingdom’s capital. They can be found next to the National Gallery on Trafalgar Square, near Buckingham Palace, the Westminster Cathedral and the British Parliament. 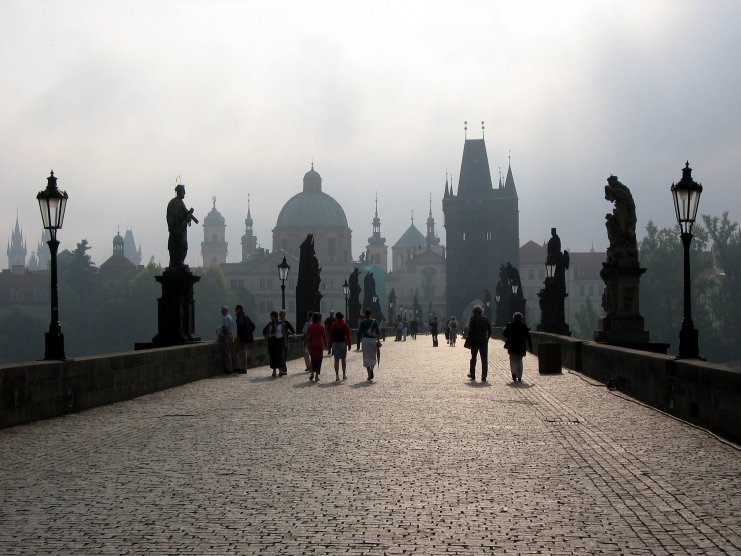 A skilful eye of a passer-by will spot the monograms of the British rulers: King George IV (G.R. IV) and George V (G.R. V). A special maintenance team working for the British Gas company is tasked with looking after these historical objects. This maintenance team is made up of enthusiasts who describe themselves as “curators of gas street lamps”. These lamp attendants travel through London’s streets on their characteristic blue scooters, which allow them to get to narrow, historical alleys often inaccessible to cars.

To reach the lamp heads and their internal installation, the maintenance personnel use folding ladders, which are stored close to each larger lamppost assembly. Of the surviving street lamps, as many as 400 have traditional manually wound mechanisms, which light up or extinguish gas flames depending on the time of day. In order for these “mechanical lamps” to produce light, each of these “wind-up clocks” must be wound up every 14 days – which is done by only five people.
London lamp attendants, in addition to taking care of historical street lamps, also conduct educational activities – they demonstrate the beauty of gas lighting as part of thematic tours. Iain Bell, Operations Manager at British Gas, recommends that as we walk along the streets of London, we should keep a close eye on the gas street lamps above our heads, as they conceal many intriguing mysteries. This recommendation is entirely justified by the street lamp located in Carting Lane, among others. In the middle of an alleyway stands the last gas lamp in London which is powered by sewer gas.

Until recently, Berlin could have been considered the unofficial world capital of gas lighting. In 2014, it had about 44,000 active street gas lamps which included 19th-century authentic models and lamps manufactured in the last century. 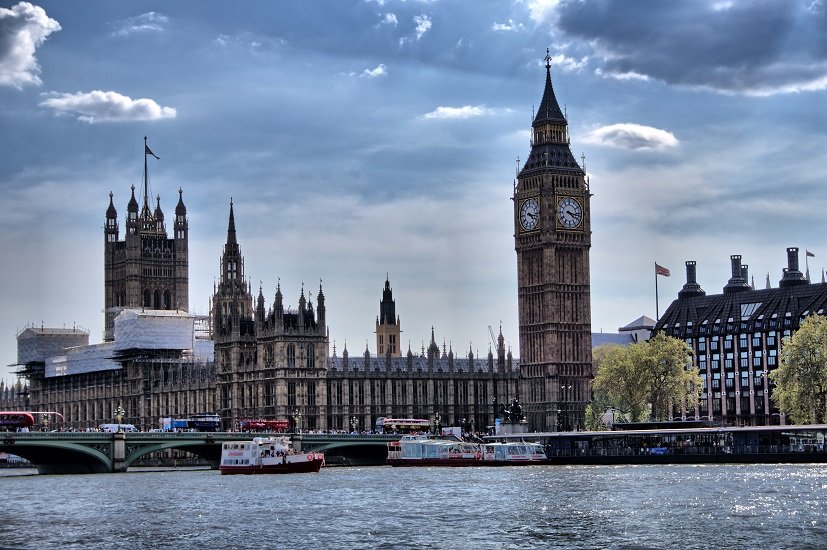 There are still many street gas lamps in London, CC0/Wikimedia Commons

Today, the city on the river Spree has about 32,000 gas street lamps. Most of them are scheduled to be replaced by electric lamps in the future due to high maintenance costs. However, thanks to the initiative of the local association Gaslicht Kultur, 3,300 of them were added to the World Monuments Watch, which prevented their dismantling – as a result, they will still be able to be admired by tourists and native Berliners alike. The most interesting and characteristic street lamps can be seen in a special “street lamp museum”. It is located on the western edge of the Tiergarten park and showcases 90 street gas lamps from 25 German and 11 other European cities such as: Dublin, Bruges, Zurich, Budapest and Copenhagen.

In Poland, it is also possible to see gas street lamps. The most famous, fully operational gas lighting network can be found in Wrocław. As many as 103 street lamps are dotted around the historical Ostrów Tumski.
These are the surviving lamps of the original network of 9,000 municipal gas lamps with a length of 700 kilometres. Today, only one person services Wrocław street lamps. Their daily start-up takes about 90 minutes for one of the last gas lamp attendants in Poland. In the summer, he lights them up at 9 pm and extinguishes them just before sunrise. In the winter, Ostrów Tumski starts to illuminate with a gas-lit glow at around 4 pm.

Another spectacular example of Poland’s technological heritage linked to urban gas lighting can be found in Niemodlin located in the Opole region. There, in the market square, among historic townhouses, stands a beautiful, highly decorative street lamp whose sophisticated silhouette features as the logo of the Gasworks Museum in Paczków. This particular street lamp was installed on the site of a former pranger, which once stood at the entrance of the Church of the Assumption of the Blessed Virgin Mary. An exquisitely crafted cast-iron lamppost decorated with elegant ornaments in the shape of acanthus leaves, was once crowned with a large glass lampshade. 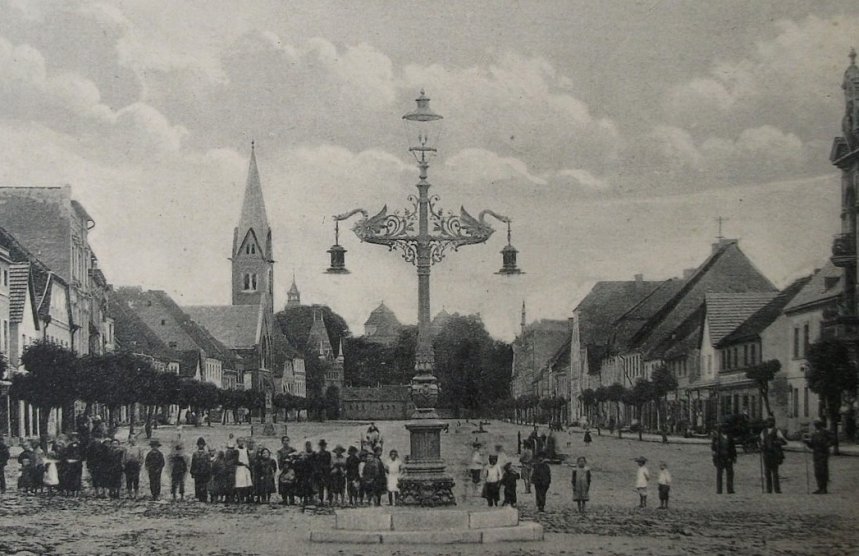 Underneath, there were two smaller lampshades, held inside the jaws of winged dragons guarding the lamppost. The heavy structure, weighing 700 kg, was set on a concrete plinth concealing the gas installation inside. After 1925, Niemodlin was adjoined to the municipal power plant in Opole, and this beautiful street lamp began to glow with “electric light”. It was probably at that time when the two smaller lampshades were “removed” from the dragons’ jaws, leaving only the main lampshade, mounted at the top of the cast-iron shaft. Perhaps in the near future it will be possible to restore the gas character of the Niemodlin street lamp and reconstruct its side lampshades, which have been absent for almost one hundred years.

Most of Poland’s operational street gas lamps have been preserved in Warsaw. They are distributed along Agrykola Street, and in the districts of Bielany, Mokotów and Wola. There are about 240 gas street lights in total, and you can read more about them here. Gas street lamps can also be found in Kraków, Poznań and Łódź. You can find more of Poland’s existing street gas lamps on our Gas Map of Poland. 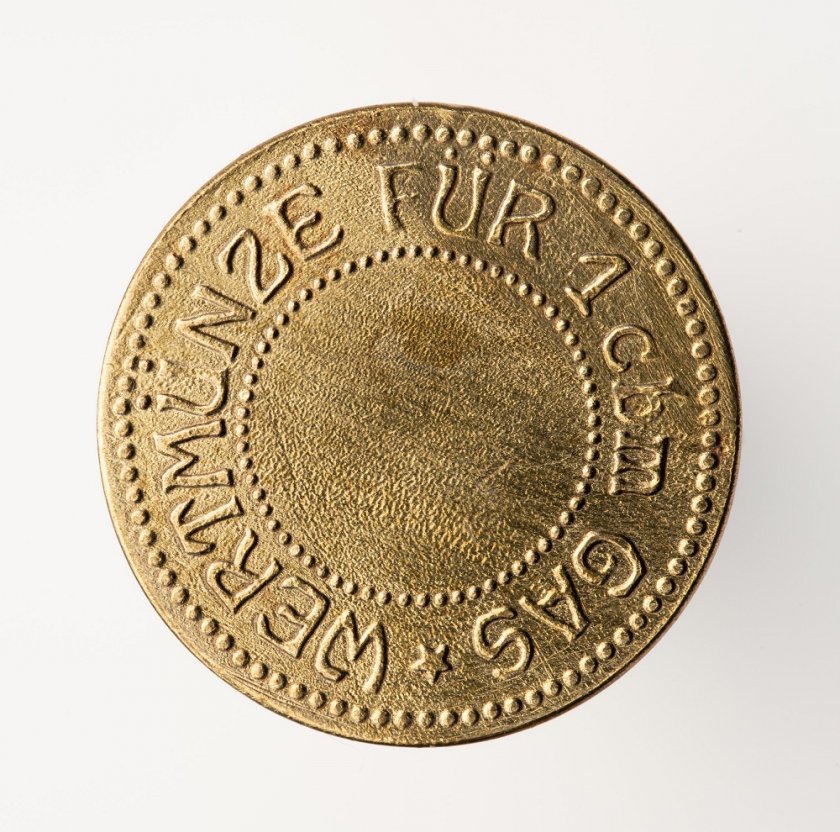 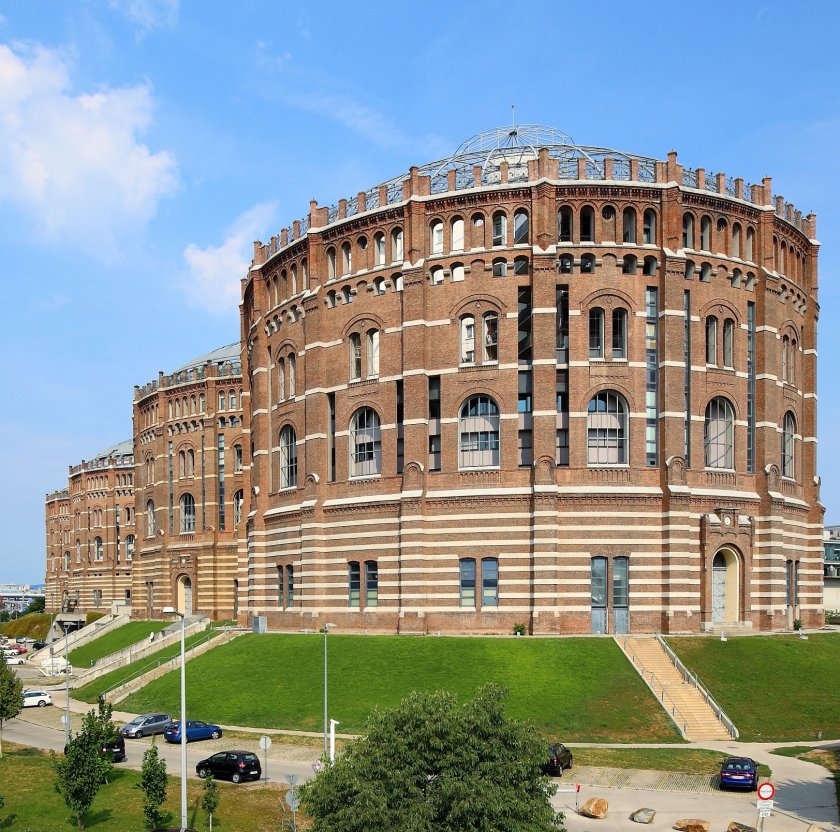